Literacy Live® Chicago Read –In was created and developed by Jil Ross, author of the Shenanigan Series, in partnership with WVON Radio. The Chicago Read-In was designed to promote literacy in the urban community’s through means of written , oral, and visual arts in the form of books, poetry, dance, music and storytelling.

The event is known for having local authors on hand to discuss their books and their creative process. The event introduced a plethora of talent to show youth different mediums for expressing themselves and finding a way to effectively communicate. The talent lineup and attendees were as diverse as the city of Chicago. Very successful in bringing and bridging communities. 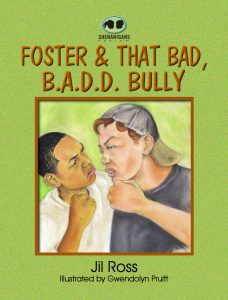 Jil Ross was once again a featured guest on Stan West’s City Voices; Streaming Live at 6:30 a.m. CST, an on air during his show “Sunday City Voices”. 95.5 WNUA (a Clear Channel Station). Ross first appeared on the show in April 2007.

On December 9th, Jil Ross and actress Kim Coles, (left)co-host of In the Loop with iVilliage (Living Single, In Living Color) were among the guest at The Sweet Singlemamahood High Tea, a luncheon that celebrates single mothers. The event was founded by Kelly D. Williams, (right) website: www.singlemamahood.com. Ross donated books for this event

On Saturday, April 8th, 2006 Jil Ross was at the South Side YMCA selling and autographing books as part of the YMCA’s Healthy Kids Day Program. Pictured at left is Jil with Tamron Hall from MSNBC. Tamron Hall read from Maria Plays Homeless at the event.

Local parent publishes children’s book – The Beverly Review, August 2004
A book release party was held on Aug. 28 for Jil M. Ross’ first release children’s book “Marie Plays Homeless,” illustrated by Gwen Pruitt. The event was held at the Hands-On Children’s Museum, 1800 W. 103rd Street. Ross, of Morgan Park/Beverly, has been writing for more than 11 years. “Marie Plays Homeless” is the first book in a series of five, The Shenanigan Series, to be published. All the stories are largely influenced on various mischief that Ross’ real life children have gotten themselves into. Although each story contains humor, there is also a moral to the story. The books are available through Books Inc. and the African-American Book Store.